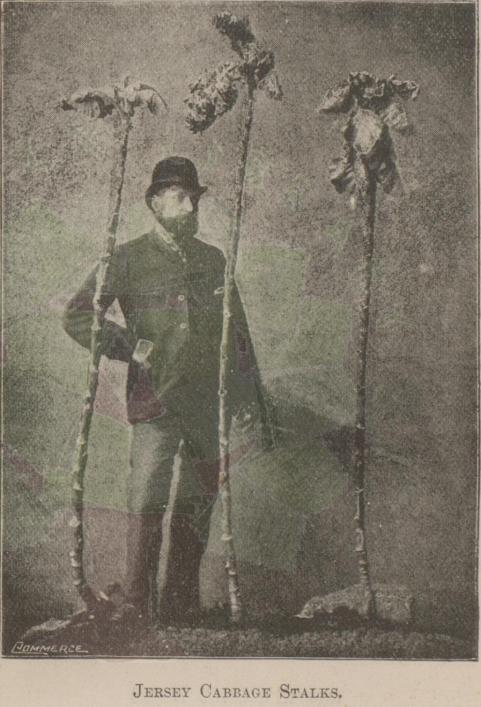 There is a peculiar species of tall kail, called chou-cavalier or grand-chou-à-vaches grown in these islands, but more extensively in Jersey, which attains the height of from eight to twelve feet, and which, generally grown in orchards, may be seen resting its bulky head among the branches of the trees. The leaves are continually stripped during the summer and autumn, and given to hogs, sometimes to cows. During the winter, a number of swelling nobs are produced, which, like Brussels' sprouts, are a favourite vegetable in spring. Those not reserved for seed are rooted out, but by no means cease to be useful, the stalks being applied to numerous purposes. Some, set in rows, form a sufficient fencing for confining poultry; others are used as supporters for scarlet runners and peas; some are destined for fuel; while the stouter and taller stems have sufficient strength to serve as rafters under the thatching of outhouses; besides this they are manufactured into walking-sticks, and much sought for and prized by visitors as Jersey canes.