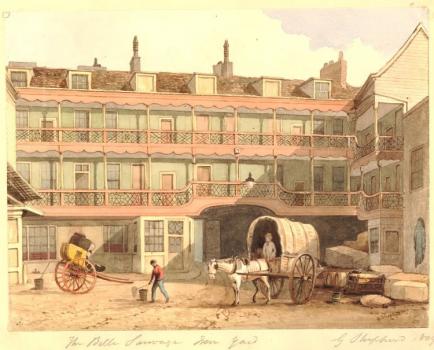 Affecting 18th and early 19th century letters, from the Carey family, transcribed from a notebook of Edith Carey, Guernsey miscellanea. The image is of the famous Bell Savage Inn, on Ludgate Hill, London, where Catherine Baldock nee Carey reluctantly stayed in 1790 (see letter below), and is from the British Museum, Museum number 1880.1113.3266.

7th January 2019
From John Baskett's The Acts of Tonnage and Poundage, and Rates of Merchandize &c, London, 1731. 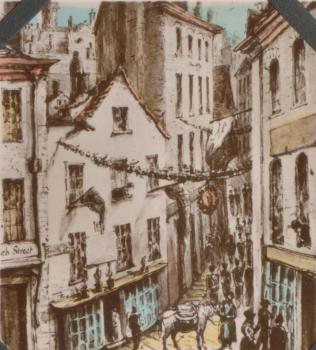 19th January 2017
Daniel Girard, Castle Porter, that is, prison warden/jailkeeper, lost his prisoner, George Pellew, who had been committed to his care by Jean Dobrée. Pellew owed Dobrée money. The Royal Court, under the auspices of the Juge-Délegué, William Le Marchant, had ruled on 8 March 1719 that Daniel Girard should not be required in any way to compensate Dobrée. Dobrée appealed to the Privy Council, who requested a report on precedents to the Royal Court. The following letter is what the Royal Court produced in reply; on reading it, the Privy Councillors confirmed the Royal Court's initial judgment and dismissed the appeal.