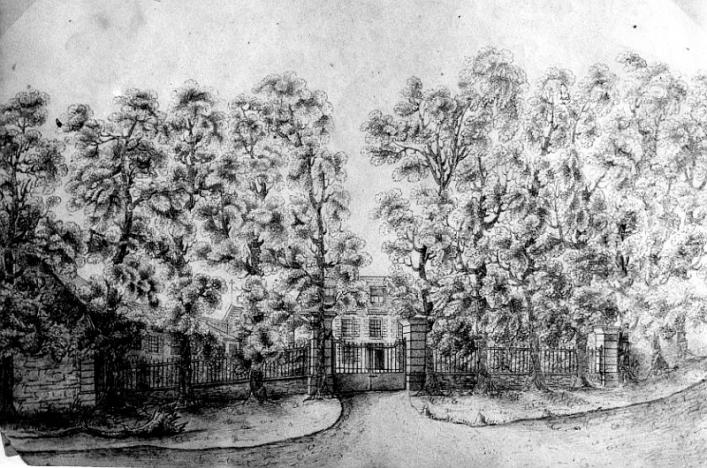 And now we approach a spot of peculiar interest. Confronting us is a comparatively new building, a monument of the liberality of Mr Le Pelley, Seigneur of the island, and of his solicitude for the instruction and morality of the young people of Sark.1

Some years before his death, when the prosperity of the mines was at its height, he devoted all the revenues he received from them to the benefit of the inhabitants, old and young. He held that as a bachelor his own private fortune sufficiently provided for his wants, and having no personal need for the large and unexpected income which he had now every reason to believe would accrue to the Seigneurie, he devoted his time and thoughts to form new plans for the general good, often saying to his friend, the vicar, 'Help me to spend this increase of wealth, which rather overwhelms me, in solid and enduring works for the benefit of the island.' 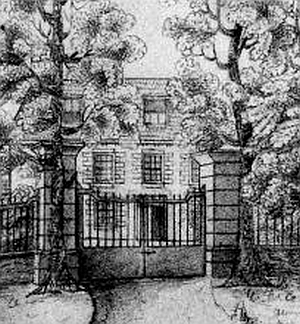 After careful consideration he decided to build a school for girls,² thinking it best to separate them from the boys, and give them an education, more adapted to their sex, and future occupations. In case his death should occur before the accomplishment of his design, he made a will by which he bequeathed £1,000 for this object, that is to say £200 for the erection of a school-house, with the dwelling-rooms for the mistress, and £800 in the names of trustees who were enjoined to invest this sum in safe securities, and to employ the interests thereof to pay the salary of the schoolmistress, and the repairs of the building. He ordered that at his death his executor should sell the 16 shares he possessed in the Sark mines, and whatever they yielded in excess of the £1,000 should be added to his succession. He named as trustees of the school for ever the executor and his successors, the seigneur of the island and his successor, and the vicar of the island and his successors. The will also contained as conditions, a few short rules to be observed in this school, requiring that its mistress should not be a native of Sark; and that any father who wished his daughters to attend this school must for himself and his heirs sign an engagement before the Seneschal of the island, never to send his or their daughters to the public school so long as the trustees should keep this school open. This document, although it bore Mr Le Pelley's signature, was merely a rough draft of his will and testament. The will itself, which it is well-known he had with him among other valuable papers when he was drowned, was drawn up more carefully, and contained some precise instructions, but it was lost! Nevertheless his successor, Mr Ernest Le Pelley, faithfully and honourably carried out his brother's known intentions, although he might have disputed the legality of the gift. Soon after his succeeding to the Seigneurie he proceeded to fulfil his late brother's directions, by selling shares in the Sark mines to the amount bequeathed by his brother to the school, and prepared everything for building it; he likewise gave the land required, which his brother had forgotten to specify. When all was ready, the first stone was laid with all the ceremony by Mrs Le Pelley, the new Seigneur's lady, amid a general assembly of the inhabitants and their children. 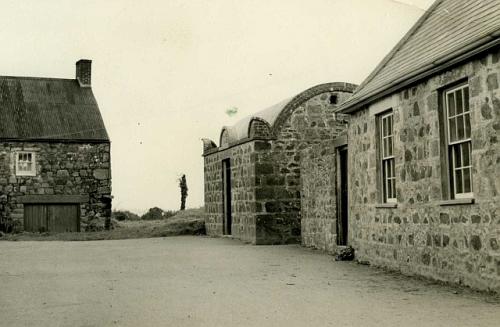 The house (See photograph above) contains a large room, adapted not only for the use of the school-girls, during the week, but also for the accommodation of a numerous Sunday-school, for the childrens' fêtes, for concerts, meetings, &c. There is a good school-mistress, and about fifty girls are on the register.

Until within the last two years, the attendance at both schools was very desultory; the Chief Pleas, therefore, passed an Ordinance requiring children from five to twelve years old, to attend school regularly, the parents being subject to a fine unless they could show a satisfactory reason for their child's absence. This had a considerable effect in improving the attendance.

At both schools the same amount of time is shared equally between French and English teaching; instruction is given in singing; and at the girls' school they are taught, on three afternoons of the week, sewing and knitting, which is of incalculable value to them in after life.

See also by the same author: The Gouliot Caves.

1 An interesting account of the history of public schools in the islands can be found in Crossan, R.-M., 'The Retreat of French from Guernsey's Public Primary Schools, 1800-1939', in Report and Transactions of the Société Guernesiaise, XXV (V) 2005, pp. 851 ff.

2 In Alderney, Martha Perchard, the wife of John Le Mesurier, hereditary governor, set up a girls' school in 1817, following the birth of a son after thirteen childless years of marriage. She supervised the school herself until the family gave up the governorship and retired to England. Unlike many of the population of Sark, Seigneur Le Pelley disapproved of Methodism, and set up his school as an alternative to the island school, which was in his opinion already tainted with non-conformism. The island school in Alderney, first proposed in 1790 by John Le Mesurier, also insisted on the master's adherence to Anglicanism. Its history, rules, and constitution are outlined in the Guernsey Magazine for January 1888. See Brown, M., 'Governor Le Mesurier and the Foundation of Alderney School', Alderney Society Bulletin, 25 (1991), pp. 71 ff.

The Trustees of the Public School of this Island are in need of a good Master for it, who can teach reading and writing in French and in English, and Arithmetic; he will have use of a large and completely new house and an adjoining garden. Salary will be 13 pounds and 10 shillings sterling per annum, payable every six months, coming from the public funds set aside in England for that purpose; and he will receive every month at least threepence weekly per student on top of the small profit made on books and paper. The present incumbent who is about to leave usually has 60 to 80 pupils and rents out one half of the house.

Candidates should apply in writing to M the Governor of Alderney, accompanied by a signed reference from their parish minister, certifying that the applicant is of good morals, of the Anglican religion, and that he is capable of properly fulfilling the duties of a Public School master. Click here for the French original.