First Lord of the Admiralty in Guernsey 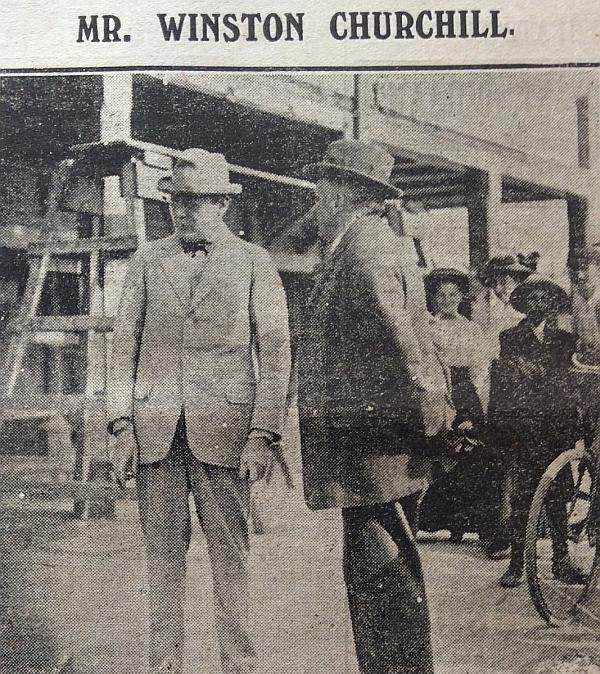 Winston Churchill visits the island. From La Gazette de Guernesey, 30 August 1913. The photograph from the Star shows him landing at the White Rock and in conversation with Colonel Macartney, Government Secretary.

The Admiralty yacht Enchantress arrived in Guernsey on Friday from the Isle of Wight, weighing anchor in the roads at 7.30 a.m.  On board were the Rt Hon. Winston Spencer Churchill, MP, First Lord of the Admiralty, Mrs Churchill, Sir William G Green, Permanent Secretary to the Admiralty, and Admiral Sir William T Austance. A large crowd of people were waiting at the White Rock for Mr Churchill to disembark. The First Lord was due to inspect the Coastguard station.

At 11 o'clock, the steam tender left the Enchantress and arrived at the White Rock with the personnel who travel with Mr Churchill, including his police bodyguard. During the afternoon several members of the yacht's crew came to shore and visited St Peter Port.

After landing yesterday afternoon Mr Winston Churchill, the First Lord of the Admiralty, who arrived during the morning on the Admiralty yacht Enchantress, drove to L'Ancresse Common where he payed golf. He afterwards made a call upon His Excellency the Lieutenant-Governor, Sir E O F Hamilton, KCB, at Saumarez, where he stayed a short time. Mr Churchill returned to the Enchantress about 7 o'clock in the evening, and did not return to the shore. The Enchantress steamed for Jersey at 8.15 this morning.