A grand Christmas at 96 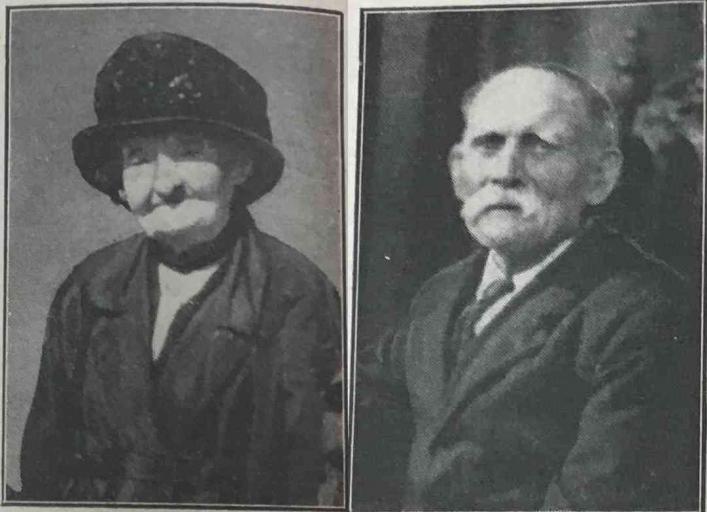 'Nonagenarians in the Festive Season. It is not only the young who enjoy Christmas joys. Join us in a review of how Guernsey’s oldest folk, those of 95 to 96, enjoyed their festive season.' From the Guernsey Weekly Press, 28 December 1938.

Mr Frederick J Falla, of Vale Castle, Vale, celebrated his Christmas Day with a pint of beer—and an extra one for the festive season.

Mr Falla was not eating with quite the gusto that has characterised his appetite for the last ninety-odd years, for this was his 96th Christmas. He will be 97 on March 8, 1939.

For this Christmas he joined in with his son and daughter-in-law, Mr and Mrs S Falla, and his grandson and grand-daughter, Mr and Mrs A Osborne, and their five children. He made quite a good meal of the Christmas dinner and thoroughly enjoyed himself.

Mr Falla is a marvellous nonagenarian, for all his life he has worked hard and retained his vigour. He recalled working on a farm, for the Tramsheds—that was his last job—at Mr Percy Young’s, and he helped to dress the stones for the Thames Embankment.

Twenty-eight years ago he was working at Manuelle’s when a blond fell on the back of his head from a height. For several days Mr Falla lay unconscious but to the amazement of his doctor and family he recovered and lived to tell the story of his escape.

The most amazing experience of all was when he was past his 90th year. It was a fine day and he decided to walk to St Sampson’s.

He had reached the bottom of the hill from the Vale Castle when a ghostly hand seemed to touch his shoulder and a voice said: ‘Fred, don’t go away further—turn back.’ He did and his family gathered around the table were horrified to see him enter the door white and shaking and then collapse.

He was given a stimulant and revived. But now he never feels inclined to attempt to go out by himself.

Mrs Liza Staples, of 4, Victoria Road, celebrated her Christmas Day by inviting a few chosen friends to her house and having a cheerful Yuletide in quiet fashion.

This in itself is not remarkable until one considers that Mrs Staples is 96 and will be 97 in April. She is probably one of the oldest ladies in Guernsey. Naturally, her health is not what it was, but she ate a hearty Christmas dinner for one of her age and then, sitting around the fireside, spoke of old times with her friends.

Mrs Staples has always been a lover of flower and foliage and her friends made her happy this Yuletide by presenting her with bouquets of flowers. ‘I don’t mind what it is as long as I can see a bit of green,’ said Mrs Staples, and she was overjoyed by her unusual Christmas presents.

Mrs Staples, who is a widow, lives with her married daughter and was up and about during Christmas for she did her best to help with the cleaning up of the dishes and cleaning the cutlery.

It was amazing to think that this little, upright old lady, who was almost a centenarian, was celebrating her 96th Christmas.

She said that she could scarcely believe that she had been on earth all that time and it seemed hard for her to comprehend that her beloved husband had died when he was 55, 42 years ago. ‘The time has gone like a flash,’ she said.

For Mrs G Sauvarin, aged 95, of Le Rocher, Castel, Christmas was a quiet one.

Although still in good health, Mrs Sauvarin is, at the moment, confined to her bed. But she enjoyed her Xmas.