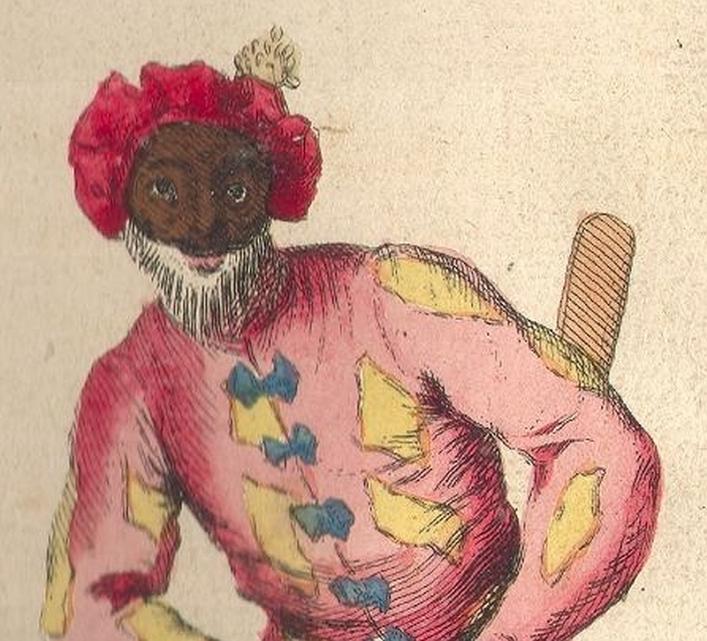 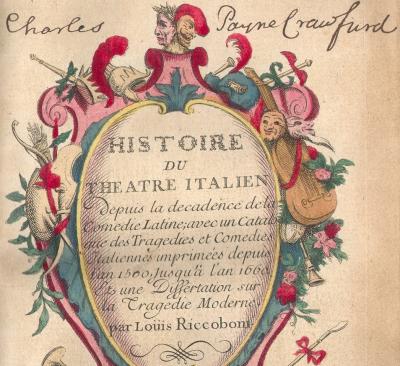 Luigi Riccoboni was born in Modena in 1676.1 His father Antonio was a famous Pantalone at Modena and Luigi followed him into the acting profession, but became disenchanted with the chaotic and improvised nature of the knockabout comedy in vogue in Italy. His attempts to impose order by providing written scripts proved successful in his home town, but after failure in Venice he abandoned the idea.

The Duke of Parma, friend of the French regent, invited Riccoboni to move to Paris to start a company. Once there, Riccoboni discovered that the sophisticated French audiences, unlike his compatriots, enjoyed the plots and pantomime—despite the plays being performed in Italian—but found the vigour of slapstick and improvisation distasteful. When this venture looked as though it would fail, he turned back to writing and this time his reforms enjoyed great success. He produced delicate plays on the same themes, with the Italian characters, written in French. Louis Riccoboni, as he was then known, became the most popular of the amorosi, or lovers, in the Comédie italienne, being particularly well known for his representation of Lelio, one of the main characters in the genre. The lovers are 'in love with love,' the males being foppish and the females often (but not always) empty-headed, but, as in the Roman plays upon which they are modelled, form an important part of the plot mechanism. An honorary Frenchman, Riccoboni died in Paris in 1753. 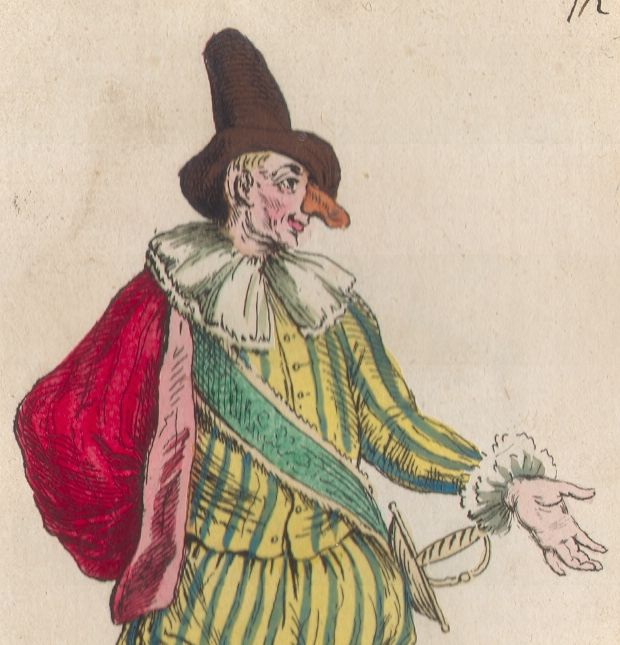 Riccoboni wrote several important works about the theatre, of which the Histoire du théâtre italien was the first, written when he had spent ten years in France. It contains 18 hand-coloured plates illustrating male characters from the Commedia dell'arte and an elaborate coloured frontispiece. A folding plate in the middle of the book represents the Olympic Theatre in Vicenza, designed by Palladio. The book is dedicated to Queen Caroline and written in French 'per renderne la lettura più universale,' for a larger audience. Bound in with this is his controversial poem in Italian, published in London in 1728, 'Dell'Arte rappresentativa.' Written in six parts, or chapters, the poem criticized the contemporary acting methods of the French troupes, urging them to adopt a more 'natural' style of acting.2

This volume is complemented by a complete set of Teatro italiano antico,3 which was published in London in 1785 and sold by the Livornese firm of Tommaso Masi & Compagni. The work was edited and published by one of the firm's directors, the famous bibliophile and bibliographer Gaetano Poggiali (1753-1814). A tireless editor and publisher, Poggiali is best known for his 1814 edition of the texts on which the famous Dictionary of the Accademia della Crusca was based, and for owning and editing a 14th-century manuscript of contemporary commentaries on the Divine Comedy, now known as the Ginori-Conti MS. The Teatro italiano antico is a collection of the texts of many of the plays of the Italian Comedy, including some of those discussed by Riccoboni. Poggiali also edited the Library's complete set of Goldoni's comedies,4 published from 1788.

One of the writers upon whose works the Vocabolario of the Crusca was based was also one of the earliest writers of Italian comedy, the philosopher and author Gianmaria Cecchi. By Riccoboni's time he had fallen out of favour, but since he was famed for the purity and elegance of his language, we can perhaps see why Riccoboni felt him worthy of praise.5 A complete set of his plays, seven in all, is found in one volume of verse printed in Venice in 1585, held in the Library.

Much later, Maurice Sand, son of the novelist George Sand, published an important two-volume work on the Comédie Italienne entitled Masques et Buffons. Sand wrote the text and drew the line illustrations, while his illustrious mother added a long preface. The Library's edition is illustrated in black and white; some, however, were issued with highly decorative coloured plates. The Library's edition has instead a list at the back describing the colours of the characters' costumes.

Sand, who began performing scenes from Italian comedies to please his mother, was responsible for a small-scale revival in France, and his mother is associated in her work with both the names Lélio and Lélia. Sand gives a history of the Comédie in his introduction, then begins an alphabetical study of the stock characters and their most famous interpreters. On p. 301 he begins a chapter dealing with Lelio and other associated innamorati, and includes a great deal of information about Riccoboni and his second wife Elena Balletti (his first, another actress, died young), who played Flaminia alongside him.

He finds Riccoboni's Histoire, (of which he considered the title a little presomptueux), useful, although very incomplete and badly written:

He also pens a biography of Elena Balletti Riccoboni, who played première amoreuse alongside her husband. She was born in Ferrara in 1686 and was a famous actress from a very young age; despite being born poor, she was 'pas seulement estimée comme excellente actrice, mais aussi comme femme très-instruite.' She spoke fluent Spanish and French and had studied Latin. Their son Antoine François (1707-1772) also played Lélio on the stage, debuting in 1726, and Sand includes a portrait of him in the costume of the character. Luigi and Elena Riccoboni are thought by many experts to be portrayed in the famous works of Watteau, their contemporary, based on the physical descriptions of them in Nicolas Boindin's Lettres Historiques6 of 1719. Poor Elena does not come off well; she was by more than one account tall and thin and rather masculine. Boidoin calls her 'une femme de beaucoup d'esprit et grand comédienne,' but complains that her voice is 'aigre et par conséquent désagréable,' and, worse, that 'je voudrais qu'elle pût se défaire d'un air de capacité qui ne plaît pas.'7 [DAB]

1 Most of these details are taken from A biography of Riccoboni by WayneTurney.