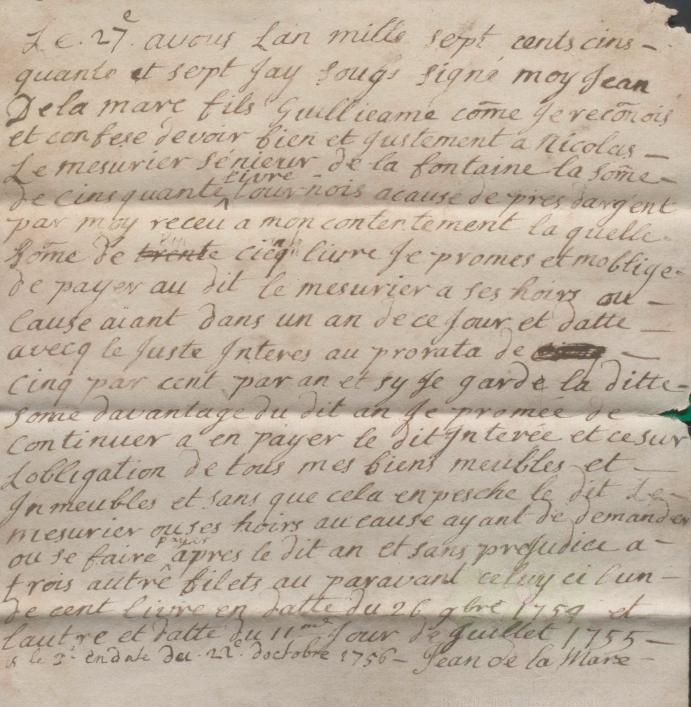 Jean had a year to pay this money back, along with 5% annual interest. If he did not repay it within that time, he agrees to continue to pay interest, and acknowledges that Jean Le Mesurier or his heirs then have the right to demand the money at any time. He has secured his property against this loan. The three other billets were one for 100 livres, dated 26 November 1794, another dated 11 July 1755, and a third dated 22 October 1756. Marie de Garis, in 'Folklore of Guernsey, Part IV: Witchcraft,' in Quarterly Review of the Guernsey Society, XXVIII (3) p. 81, tells us that a Jean Le Mesurier (she spells it Messurier) was a 'well-known 19th century money-lender,' but since this Jean was alive in the early part of the 20th century, it cannot be the same man.