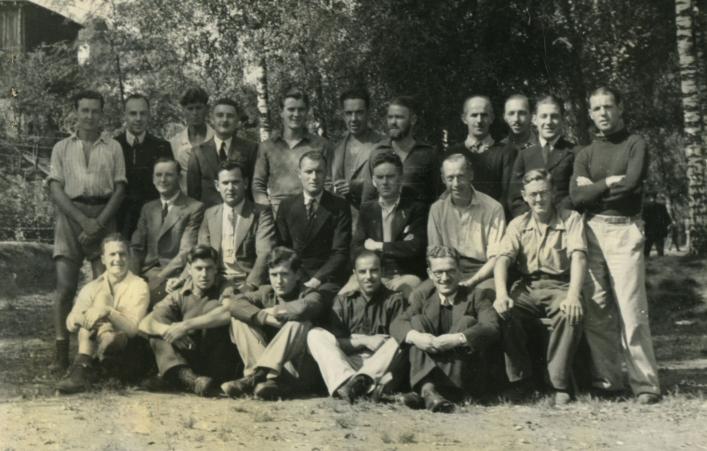 Spencer Carey Curtis included this photograph in his scrapbook in the Library collection. These are Channel Islanders from the German camp at Laufen, which received only single men from the Islands.

He lists them thus, with a note that those whose names are underlined are from Jersey, the others from Guernsey:

Can anyone fill in the gaps?