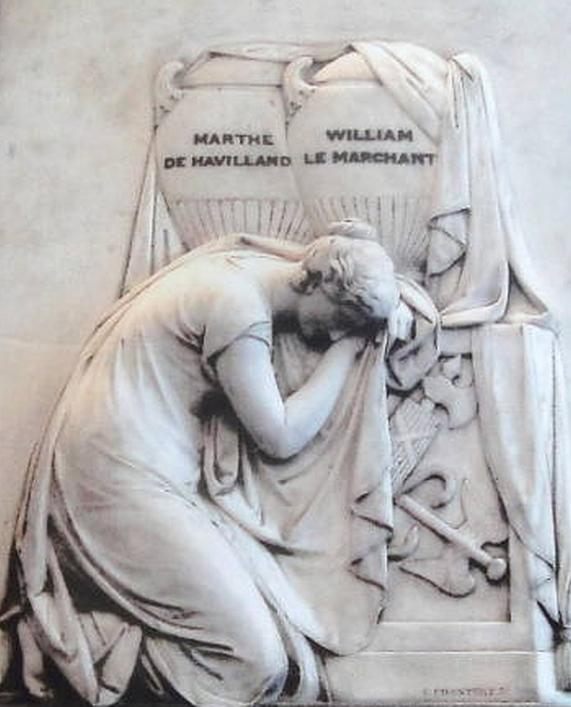 A beautiful marble cenotaph was last week erected in our parochial church, under the direction of the executors of the late Mr ELEAZAR LE MARCHANT's will. The tablet is in the Grecian style. Standing out of it in high relief, is seen a female figure in a kneeling posture, reclining against the side of a tomb; and on the top of the tomb are two Grecian vases, with the names WILLIAM LE MARCHANT, and MARTHA DE HAVILLAND, the parents of Mr LE MARCHANT, engraven upon them. The folds of the drapery around the female figure are admirably disposed of, and, to say nothing of the face—which exhibits some of the finest touches—the naked foot, and the delicate left hand of the figure, are exquisite specimens of the sculptor's skill. Need this excite surprise when we state that the work is from the chisel of the celebrated CHANTREY?1 The whole is surmounted with the arms of the LE MARCHANT family. We should say that the great length of the inscription containing the names of the members of that family, which is engraved on the lower part of the tablet, somewhat detracts from the general effect. We understand the expense of this cenotaph has exceeded £500.