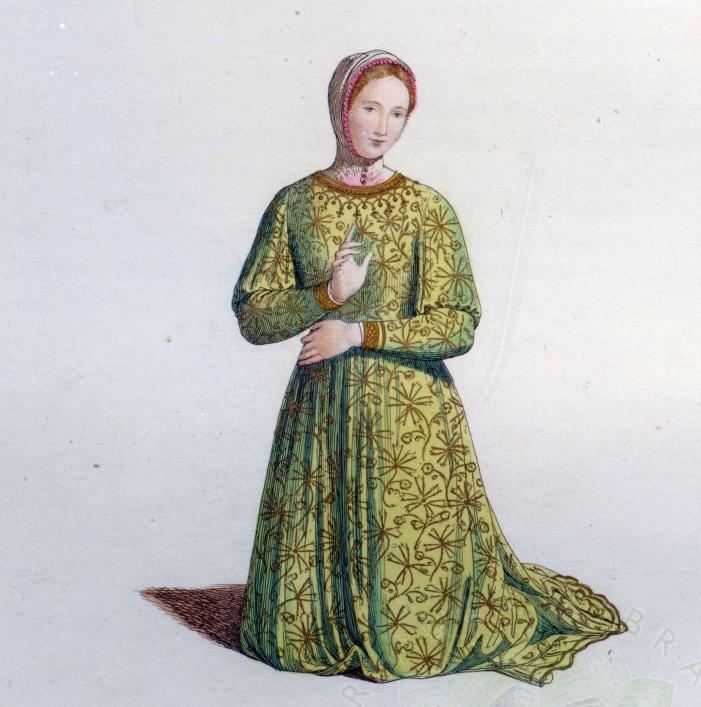 On behalf of Jordan Clouet junior.

2 January 1304-5. The King sends his greetings to his beloved liegeman Otho de Grandison, Warden of his Isles of Guernsey and Jersey, or to his Lieutenant.

Maud Bonamy and Jordan Clouet were involved in a case before the ecclesiastical court concerning a matrimonial contract between them. During these same proceedings Maud asked for and obtained documents concerning Jordan’s being excommunicated. She was pregnant. Jordan waylaid her with these incriminatory documents on her person and in his effort to wrest the documents from her, knocked her to the ground. He stole her bag and the 16 black deniers of Tours that were in it. As a result of this fall Maud’s unborn baby died in the womb, and she eventually gave birth to a stillborn child. In this way did Jordan kill the child by accident, and not as the result of any felony or malice aforethought, and it was for this reason, and no other, that he abjured the islands. This, Otho, is how the facts are remembered by Pierre Le Marchant, your Lieutenant in these same islands, who has testified to this before us, and more information is to be found in our specific letters patent concerning a pardon for Jordan for the death, crime, and abjuration. As we wish to grant fuller grace and favour to Jordan we order that all his lands and holdings which belonged to him on the said islands, and which he at the time of his abjuration held as our tenant, and all his goods and livestock, confiscated to our benefit when this happened, and which, since they were seized as a forfeit,² rightly should belong to us, should be given back to Jordan, by grace and favour as explained above; excepting, Otho, any rights that you may have in this matter.

Signed by the King, at Lincoln, on the second day of January.

18 January 1322, at Shrewsbury. Concerning a pardon in the islands. The King sends his greetings to the Bailiffs and all his loyal men in Guernsey and Jersey and adjacent islands &c.

Let it be known that through our particular mercy we pardon Jordan Dorey for his breach of our peace, in as much as this matter of his concerns us, for having been an accomplice in and agreeing to the murder of Maud du Val and her son, whom she miscarried, the murder having been carried out by Jordan’s sister Emma. Jordan sought sanctuary in St Peter Port church, where he acknowledged his guilt; and so do we free him from his oath of abjuration and restore him to a lasting peace with us; provided that he return to the Court to face his accusers, should there ever be anyone who wishes bring a case against him for complicity in this crime. Besides this, we wish to show fuller grace and favour to Jordan in this matter, and we do cede to Jordan all the land and holdings, goods and chattels he forfeited because of this, and which we now hold.³

By the King himself; delivered by his messenger Master Robert de Baldock.

¹ Note by EC: 'a Jordan Clouet (the elder?) is a Jurat at the time of the 1299 Assizes.' Havet, however, only names a Jourdain Choffin.

² This was forfaiture, following a forjuration. Havet, Les Cours Royales des Iles anglo-normandes, p. 66, tells us that the jurats got a free dinner at the Crown’s expense whenever a criminal abjured the islands, ‘quand aucun félon abjure et forjure le pays;’ 'This last phrase makes clear the rules concerning forfaiture; it referred to a sentence of banishment accompanied by an oath never to return, which was called forjurer le pays. This punishment also involved the forfeiture or confiscation of the condemned person's goods.'

³ From a similar letter of 22 April 1321 concerning Guillaume Lenginour: 'We have come to understand that according to the customary usage in these islands, if anyone abjures the islands by reason of any crime or malfaiseance, but returns to the islands within a year from the date he or she made his oath of abjuration, and declares himself ready to answer for these crimes, and to be bound by the Court's judgment, the lands, holdings, goods, and possessions of this person, who had made an oath to leave them behind, and which, by dint of this abjuration, would have come into our use and possession, should be returned to them.'