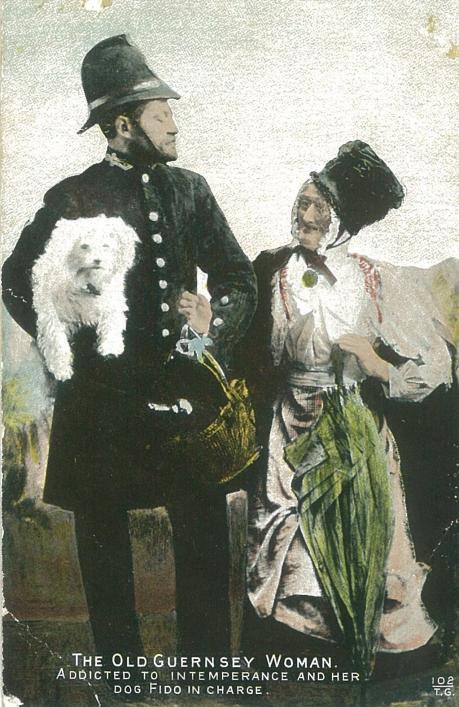 This is a postcard from the Library's extensive collection; the identification of Harry Turner above was written on the back. It is a Tozer's publication; the policeman is modelled by Henry Turner, Victor Hugo's bookbinder, ardent Dreyfusard, and determined eccentric. Another postcard from the same series shows what appears to be another waxwork from Henry's collection, 'The old Guernsey woman in her good days.' A smiling waxwork of a younger woman, sitting comfortably next to a side table, is sporting the same green umbrella and is surrounded by a couple of stuffed animals and a very alive Fido. Turner's shop at 7 Mill Street was full of antiques and bric-à-brac, which were sold at auction following his death in December 1908.