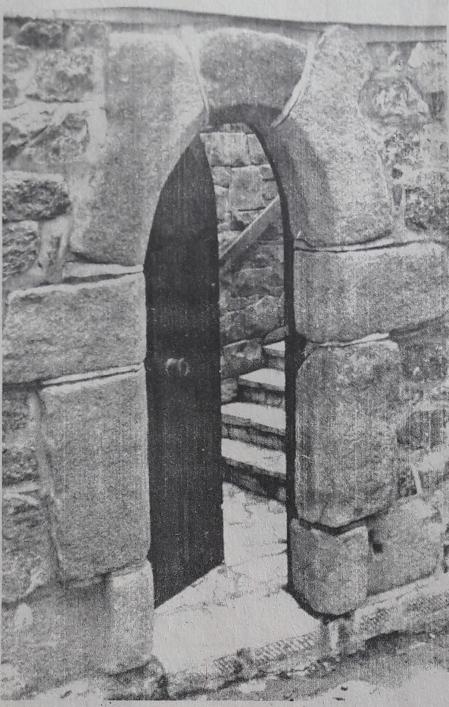 This old granite arch which for centuries formed the entrance to a cottage at La Robergerie, St Sampson's, has been given a new period of usefulness. It has been purchased by MR K Beazley, of The Crow's Nest, Clos du Belvedere, Fort George, and has been used to form the rear entrance to this recently-built bungalow. The former owner of the arch was Mr J G Underdown, of West Lydford, La Robergerie.

The arch is obviously very old, but how ancient it is is almost impossible to establish. There is a story about it which says that the cottage from which it came was built with stone left over from the building of St Sampson's church, but there is no evidence at all that this is true.

When the cottage was demolished coins were found beneath the pillars of the arch from the George II period (1727-1760). This may be a clue to the age of the arch, on the other hand it may be much older and the coins have been put under the pillar when the arch was being rebuilt during some alterations to the property.

Now it makes a very attractive entrance through a granite wall.