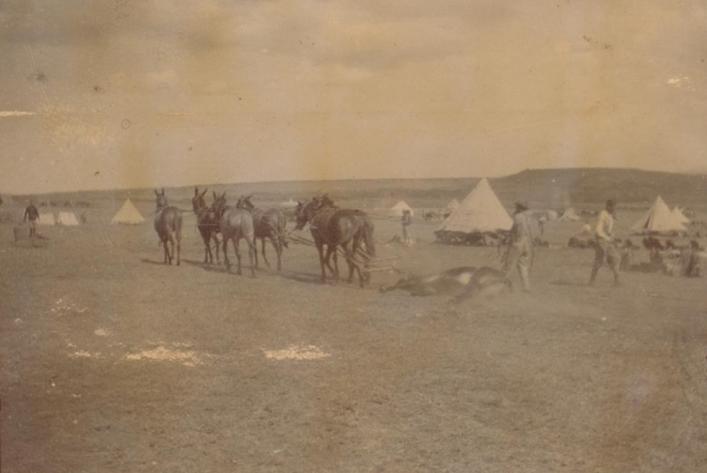 ‘Droving in the dark continent.’ By Anthony Raddle (in pencil = Durand)

The Sketcher, March 25 1899.‘ Droving in the dark continent II.’ By Anthony Raddle

‘Droving in the dark continent III.’ By Anthony Raddle (in ink = R A Durand)

Two outline drawings: Sketch of operations. First days fighting at Vaalkrants. With extract from pocket book ‘written on that and subsequent days.’ Dated 5 February 1900 until 12th.

‘With the TMI into Ladysmith.’ Accompanied by original photographs of Boer encampment.

‘In England’s youngest colony.’ Re British Central Africa. 2 photographs of groups of men.

‘What, no alligators?’ Letter to unidentified newspaper.

‘The case for the Congo officials.’ The Monthly Review, August 1904.

Discussion of above: ‘What should be done on the Congo.’

‘As mad as a hatter.’ Letter dated November 29.

‘Depopulation on the Congo.’ Special Congo supplement to the West African Mail.  November 1904.