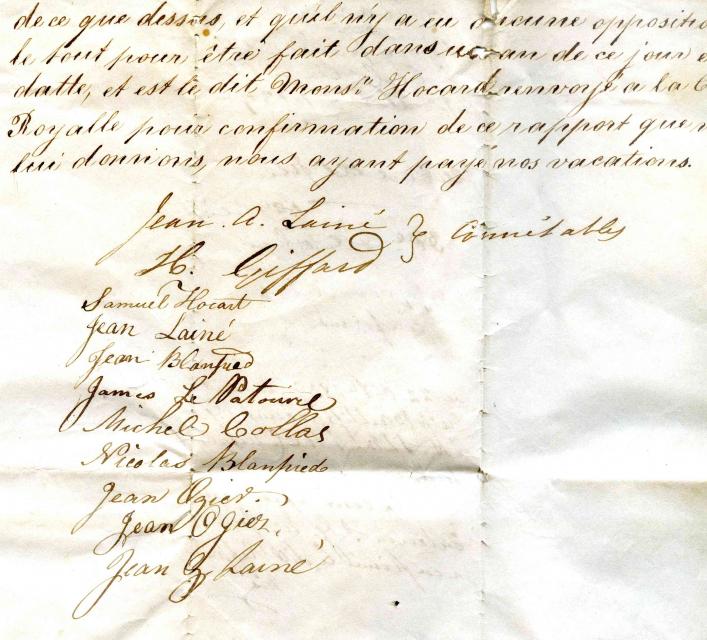 We the undersigned Constables and Douzainiers of this parish, who today assembled at the request of Monsieur Samuel Hocart, near his house at Les Vardes in this parish, because he has proposed that we enclose the area between his land and the Port Grat Bank, in compensation for which he undertakes to build and maintain a road, 18 feet in length, between the said area of land and the said Port Grat Bank, have decided not to allow him the portion of the said land situated between the gate of his yard and the house and Pierre Falla’s house and land at the east end, as we consider it of Public utility, for the drying of varec; however we have given him the part that lies alongside his Courtil Colin, along from his gate, to the east end, as far as far as Sieur Jean de la Rue’s [gate] to the west, leaving and maintaining an 18-foot road between the said area of land and the slip at Port Grat; he is to curve his wall near De la Rue’s gate, so as not to obstruct his passage. And this only once the public have been duly informed of the above, and providing there is no opposition, all to be completed within a year and a day of this date; and the said Monsieur Hocart is directed to the Royal Court to obtain confirmation of this statement we have given him, our expenses having been paid: