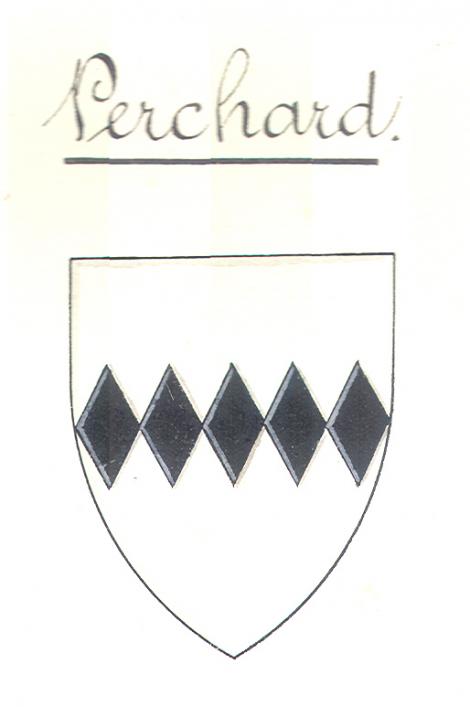 David Kreckeler's 2008 book1 listing the inscriptions extant in the Brother's cemetery includes some to the Perchard family. Back in the 1870s, however, Guernseywoman Charlotte McCrea had researched this family because, as a relative, she felt she might have an interest in an undisclosed sum that Peter Perchard, the Lord Mayor of London, had left to his heirs on his death, the existence of which had only recently come to light. Charlotte kept a notebook2 of her correspondence on the matter, later annotated with genealogical information by another hand, which include letters between her and her uncle, William Le Mesurier, and between her and the solicitors dealing with the inheritance. In passing she wrote out certain inscriptions she found on tombstones relating to the Perchards, which do not seem to have been recorded elsewhere and are now lost.

Inscription on a mourning ring belonging to Mrs Carteret Carey:

The tomb stone inscription of James Perchard and Anne Palot are quite legible in Town Church cemetery near the Market [C. des Soeurs]. The stone lies flat. The date of Anne's death is stated to be 27/3/1765 at 79. James ob. 1744 at 62 and 5 months.

2 In the family files in the Library: contact a Librarian for further information.