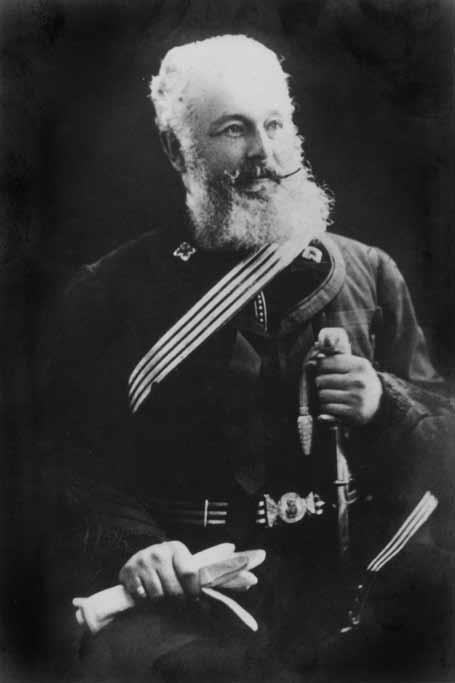 Marc Anthony Bazille Corbin of La Porte was Hugo’s doctor for several years, following the departure from the island of Dr Emile Allix. This is part of the Victor Hugo and Guernsey project.

Marc Anthony Bazille Corbin of La Porte was Hugo’s doctor for several years, following the departure from the island of Dr Emile Allix. Dr Corbin ‘gave everyone in the family some sort of attention.’ He had been educated at Elizabeth College and studied medicine at St Thomas, Guy’s, and in Paris. He won medical prizes and became MRCS in 1836, FRCS in 1852. He practised in Guernsey, at 9 Saumarez Street, latterly in partnership with his son. He was a director of Elizabeth College (1878-1887), ‘médecin major de l’artillerie de milice,’ and in 1865 was appointed Hospital Inspector. In an obituary the Star commented:

For many years on his birthday he had generously entertained the whole of the inmates of the Castel Hospital to a dinner of roast beef and plum pudding. These poor people will doubtless hear with keen regret of their benefactor’s death, but they will not be the only ones, for Dr Corbin had endeared himself by his uniform courtesy and geniality to an immense circle of friends and acquaintances’ [12 May 1908.]

The Gazette observed that his charity had made him known to numerous poor families and that with this death they had lost a generous protector.

Mme Richard Lesclide, in her Victor Hugo intime, Paris: Felix Juven, 1902, says that he had a physionomie très curieuse (not really evident from his  photograph!) and ‘he wore his 60 years with a vigour and verve toutes gauloises.’

Dr Corbin himself was interviewed in 1902 by Louis Aguettant,¹ who intended to write a biography of Hugo (eventually published in 2002). Aguettant was in Guernsey between 9 and 21 September 1902. Dr Corbin told him that he had been Hugo's doctor for twelve years.

He liked him very much: he was a good and sympathetic man, simple and not pompous; there was a charming and good man underneath the great poet. He was very sensitive. Mme Hugo was a bit stiff and seemed as though she was saying 'I am the wife of this great man.' Mme Drouet was simple and nice. Hugo was assiduous in his care of her, every morning he went over to 'wash her eyes' (which were bad) and to take chocolate with her. Dr Corbin liked Mme Drouet more than he did Mme Hugo.

Dr Corbin’s daughter, Rosalie Marie ‘Rose’ Corbin, born in 1849, was a great friend of the Victor Hugo family, especially of his grand-daughter Jeanne, who was fifteen years younger. Rose was a very good singer, and Hugo wrote out for her a verse of his poetry about roses, onto some sheet music. In later life she went on to run her own cultural ‘salons:’

A popular and well-known figure, her 'at homes' on Saturdays were always crowded and her tea-parties quite famous. In the 1890s she used to receive visitors wearing a large hat and gloves reaching to her elbows in the French fashion.

She died in 1922. Her brother Edward and sister Mrs Kinnersley were also friends of the Hugo family; Edward Kinnersely Corbin (b. 1850) was also a doctor and was in practice with his father.

Dr Corbin was the Hugo family's doctor. I dare not say he was Victor Hugo's doctor. The Great Man was never ill. (He was rather poorly one summer though. He had been poisoned by some tinned food.)

I had the honour of paying a visit to Dr Corbin, who was at that time in his 90s. (He died in 1908, aged 93 and 7 months.) He received me with the kindness of an old-fashioned gentleman: 'You are a Norman from the Continent,' he said to me, 'and I am a Norman of the Islands. We are compatriots. You ask me about Victor Hugo. He wasn't a Christian, in the strict sense of the word. He was a deist, deeply religious in his own way.'

'When he returned to Guernsey in 1878,' said Miss R Corbin, the doctor's daughter, 'we often spent the evening at Hauteville House. His two grandchildren, Georges and Jeanne, were there, aged around seven or eight. At half-past nine, you would hear the Castle canon go off. Their grandfather would say, 'My dears, did you hear? It is time to go to bed. Say goodnight. Off you go.'

And he always made sure to add:

'And, most important, do not forget your prayers.'