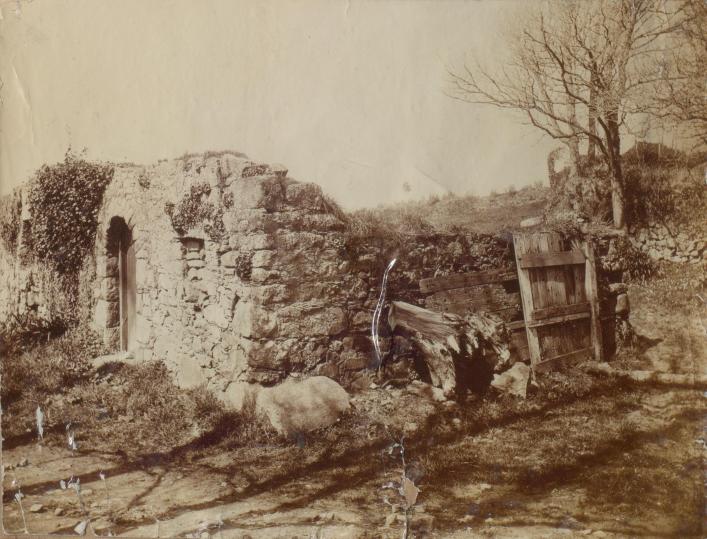 Few estates in this parish can vie in the sacredness, antiquity, and beauty of this favoured spot. The name clearly indicates monastic origin, possibly it was a branch of La Magdelaine de Saulse (viz., the weeping willow) at Caen, this Island being anciently much associated with that Norman town. The original monastic building is a mere ruin standing in a field at the end of a small bridle pathway. One side-wall with a noble archway and windows all filled in with fallen debris and huge boulder-stones, one confused heap, still speak of a former greatness. Fortunately a photograph exists of this venerable edifice. Two other buildings of no less antiquity and importance (though slightly modernized) now named Lislets also were comprised in this estate; most curious and interesting they are too, with their Norman arches, spiral stone stair tower steps and small narrow windows still retaining their diamond-shaped panes introduced with no idea of regularity, in which lay their chief charm. A curious figure-head (some suppose of St Madeleine) was found in the ruin of the original house over a stone fireplace mantel. It has more the appearance of a Satyr than a saint or of a pagan god. The late Mrs Huyshe transported it to Rosenheim, where it now ornaments a round arch facing the road and is well worth seeing.¹ The ancient race of De Garis seems to have been associated with this locality, as also that of Brouard and Le Messurier.

The names of fields inclu[ded] in this monastic boundary are the following: