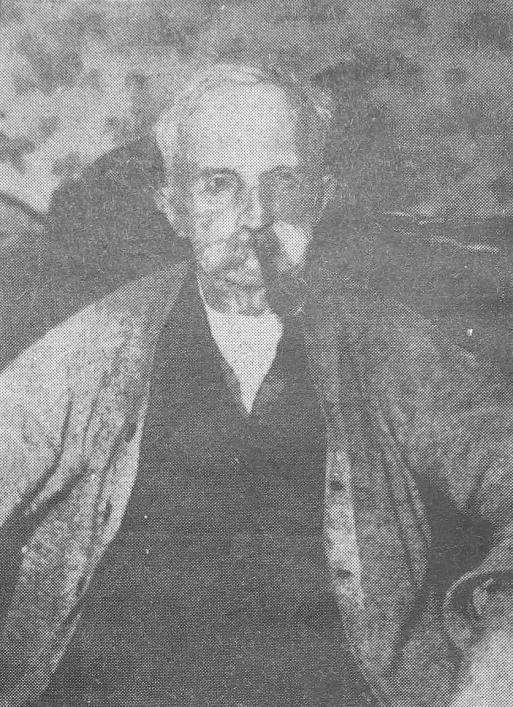 Although neither he or I can confirm the distinction, I talked yesterday to the man who is believed to be the oldest inhabitant of Guernsey. He is Mr William Martel, of La Mazotte, Vale, and he will be 99 years of age on August 31 next year.

I found Mr Martel sitting quietly by the fireside, smoking his pipe and listening to the radio. He took me back in memory to a Guernsey known only to himself and to historians; to a Guernsey quite different from the one we know today; and to conditions difficult to imagine.

All his life, Mr Martel has lived at the Vale, and as he insists, it was very different when he was young. Then he knew everyone on the northern tip of the Island, but now he knows practically nobody.

A heavy smoker, who has never had much use for drink, he does not fall into any controversial pit regarding the cause of his long life. Although he no longer works, he is by no means inactive; but during these inclement autumn days he is more than content to sit by the hob in the house where he was born just on a century ago, on August 31, 1850.

Mr Martel is a ‘Sam Weller’ because of his life-long love for horses as a public carter in the produce trade, from which having retired some 19 years ago, having then been in that line of business for 60 years.

He has one recipe for longevity: Do as he has done for many years—have a little nap after the midday meal.

Mr Martel is the son of Bonamy Martel and Mary De Garis. His father bought ‘La Mazotte’ from Mr John Le Noury, the builder of the house. He remembers a greenhouse standing at the side of the house. It was built 154 years ago, and 70 years later another was built to replace it. Mr Martel, until quite recently, was able to point out parts of the original timber—still serviceable, and doing its job perfectly, keeping out wind and rain!

He recalls that the original greenhouse was paved with flat stones which were covered with ground, and potatoes planted. Lifted at Christmas, they were sold to Mr Crousaz (père), High Street, for 2s 6d per 1b. and half a crown could buy a lot then!

They were lovely to my eyes, but I remember how puzzled we were to know whether they were good to eat or not. We really couldn’t make up our minds whether the tomato was a fruit or a vegetable.

Another aspect of life at the Vale nearly a century ago, seen through his fine old veteran’s eyes, is a bit startling.

When he was six years of age, he would go with his mother to milk the cows. They went on horseback. The horse was fitted with two baskets, one on either side. Willie was in one, the milk-cans oin the other. Mother rode between.

Came the time when Willie Martel attended the Vale Parish School. That was about 1856. Leaving school, he developed a taste for speed, and rode fast horses over L’Ancresse race-course. Later, he trained the fine mare Una, belonging to Mr J Falla, of Sohier, and finished second after a bad start.

Mr Martel remembers a Vale parish very different in appearance from what it is now. His eyes still see ‘Goose Common,’ extending to Les Landes as a vast area of ponds and grass. Here would be found flocks of tame and wild geese, and numbers of donkeys and horses out to grass. Steers and a mule made up this Sarnian zoo—admission free! True, there were no gates or fences, but the animals seldom strayed. Then Mr Martel laughed as memory tickled him. ‘Ah,’ he said, ‘You ought to have seen us boys sailing in tubs across the ponds! It was a grand unofficial regatta.’

Truly there is romance in these memories when we latter-day Sarnians bus through Les Landes with its long lines of houses and vineries.

‘Who lived at L’Ancresse then?’ I inquired.

Ah, let me tell you, only seven houses bordered L’Ancresse Common, and I remember who lived in them. The seven Guernseymen were, as we call them, Mait’ Henry Hubert, Mait’ Pierre Sauvary, Mait’ Tom Le Page, Mai’ Nico Rihoy, Mait’ Ouiam Henry and Mes’ Mollet – the last, you see, was the “gentleman of those good old folk”.¹

So I left ‘La Mazotte’ with my mind filled with a picture of that part of the Vale, and a vision of decades when life was arduous, but full of pleasures; of a time when Sarnians of the North 'along the cool sequestered Vale of life … Kept the noiseless tenour of their way.’

¹ For an explanation of these titles and their social significance, see this website, 'On the style of gentleman and esquire.'