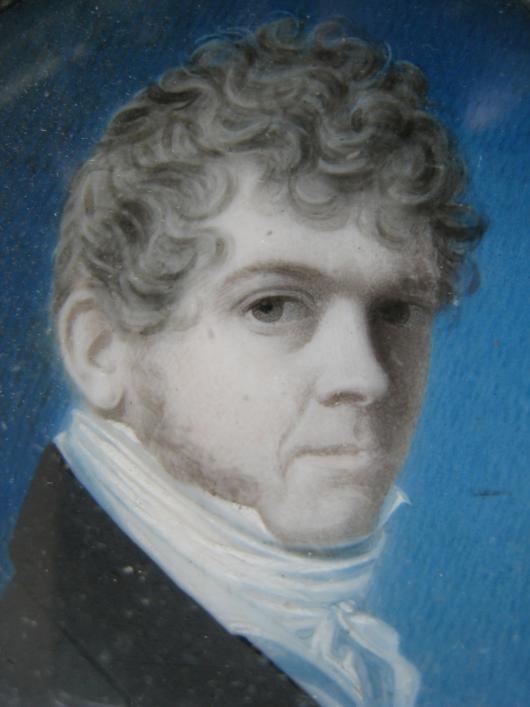 This overview of the artist Matthias Finucane consists of a biography researched by his descendant, Julia von Bertele, and a catalogue that aims to illustrate and provide information on all of his known works. It is intended that the catalogue grow organically to reflect further information that comes to light about both his life and his artistic output; he resided for most of his working life in the Channel islands and produced here both portrait miniatures and prints. The Priaulx Library is pleased to host this unique project of great local interest.  Contact a Librarian if you have any material to add or can help with any of the many questions that remain unsolved about Matthias' life. The images here reproduced are believed to be in the public domain unless expressly credited. DB/PM 1B Victoria and Albert Museum. Museum number P.31-1931. Portrait of an unknown lady, signed on the front Finucane and dated 1794. On ivory. Gilt metal frame with lock of hair attached to the back. 54 mm x 38mm. Bought in 1931 from Miss Hannah Falcke.  Image © Victoria and Albert Museum, London. DB/PM 1A Same as above. Identification confirmed by Katherine Coombs, Curator, Paintings, V&A. Portrait of a young woman. 55 mm x 31 mm. On ivory. Signed on the front Finucane and dated 1794. 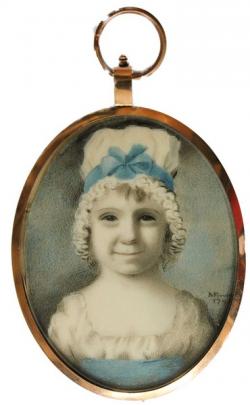 Possibly the same as DB/PM 3 below. DB/PM 30 Peter de Havilland (1747-1821), facing left. Father of DB/PM 29. Portrait miniature in private possession. Unsigned. The sitter states in a letter that this was the first miniature painted in Guernsey by Finucane, in 1798. Similar in style, clothing &c to DB/PM 15 and in pose to DB/PM A2. See Hocart, R., Peter de Havilland, Bailiff of Guernsey, Guernsey: La Société Guernesiaise, 1997, facing page 82, and the Guernsey Press, 22 December 1989, 'Mysterious miniatures.' It (or possibly a copy) was reproduced in b/w in Cecil de Saumarez' article 'The story of William Le Marchant, Bailiff of Guernsey, 1770-1800,' in The Report and Transactions of the Société Guernesiaise, XVII (6), 1965, facing p. 721.
. 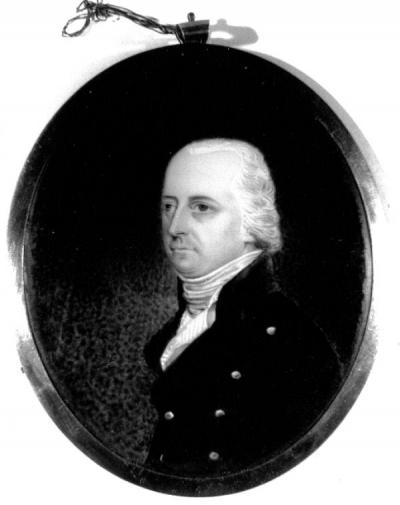 A second copy may be found here. Its overall tone is golden brown, reminiscent of Barber-Beaumont's colour palette. 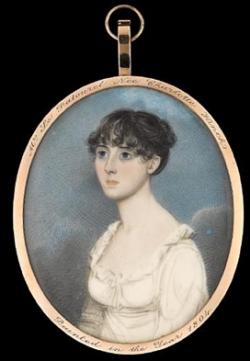 DB/PM 11 Captain in the 39th Regiment of Foot. Watercolor on ivory. Ebonized frame with gilt bezel and acorn hanger. Sight: 2 3/4" x 2 1/8 (= 70 x 55 mm.) Signed and dated 1805. Sold Case Antiques 2016. (Image courtesy of Case Antiques. Vendor's link features excellent photographs.) 2nd Battalion 39th East Middlesex Regiment of Foot in Guernsey from December 1804 until February 1806, when majority left for Cork. It was formed at Bexhill in July 1803, and the majority of its Captains in 1805 had joined it at its inception [Army List, in the Library]. 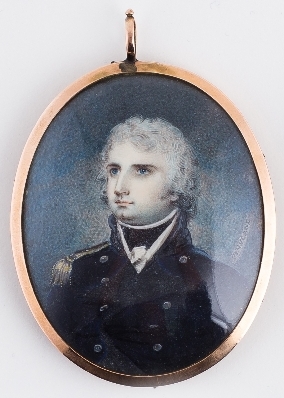 DB/PM 24 A young girl, facing right in low-cut white dress, brown hair gold frame oval, wash. 35 mm. Sold Christie's 2002. If this is the same as DB/PM25 below, it was previously attributed to the 'circle of Matthias Finucane.' Portrait miniature of a young girl in monochrome. Original gold plated bracelet frame with a later added hanging loop. Attributed to Charles Robertson. Dated c.1770, watercolour on natural wafer.  Robertson was born in 1760, however, so if he is the artist the date must be later. Oval. 35mm. Sold Ebay 2015. Charles Robertson (1760-1821) was an Irish miniaturist whose work bears a resemblance to Finucane's. Robinson moved to London from Dublin in 1785. Could he have been Finucane's tutor? In Treasures to Hold, Paul McCaffrey comments on the style of Charles Robertson in the following terms; 'Charles Robertson deployed a distinctive use of colour in his miniature portraits, using a particular slate grey­-blue in the flesh tones' and 'The background is painted in parallel lines of blue and grey. Subtle variations of colour and pale tones blend into each other and his outlines are slightly fuzzy.' Like Finucane, Robertson only infrequently signed his portraits.] DB/PM29. Young lady in white dress. Signed MF. No description or information as to size available. Similar in style and presentation to DB/PM 5 above, which is dated 1798. One of a set of eleven photographs of portraits 'from Sir Henry Le Marchant' in Priaulx Library Collection, which were taken by or on behalf of Edith Carey about January 12, 1912.

On the back is written in another hand: 'Miss F Tupper has a miniature rather like this, I believe wife of Henry Le Merchant. "Miss Carey noted, 'Could this be Anna Maria Le Marchant, daughter of John Gaspard Le Marchant, and wife of Daniel Tupper?"' [NOTE DAB: Dates make this identification impossible.]

Note: the monogram is on the left.

DB/PM 27 Miniature portrait (pl. 9 fig. 5) in Donough O'Brien, Miniatures of the XVIIIth and XIXth centuries, Batsford, 1951. Dated by O'Brien as c. 1785. No details of the miniature or its provenance given. Possibly the same as  DB/PM 21 above, Lady in white dress and matching bandeau. DB/PM A2 Thomas Fiott de Havilland (1775-1866), (?)as Lieutenant in the Madras Pioneers. Photograph Priaulx Library collection (c. 1920). Whereabouts of miniature unknown. Date probably 1802 or 1810. De Havilland appointed ensign in the East India Company 3 May 1793, and lieutenant in the Madras Engineers 1796. Despite its similarity in style to DB/PM 14 (note esp. the epaulettes) the letters D G have been added in the manner of a monogram on the right; the style of lettering resembles Finucane's own in his signature. (Nicolas de Garis was also a local painter of miniatures around this time: he finished some of Finucane's work after his death in 1810: see below.) De Havilland paid two visits to Guernsey while serving in India; 'I had, in the interim, twice visited my native land, namely, in 1802-3, and in 1810.' [From Autobiography of Thomas Fiott de Havilland.'] Nicholas de Garis, informs his friends and the public in general, that he is now selling his whole stock of Goods, consisting of Gold, Silver, Plated and Japan’d articles, besides many other too numerous to mention, at reduced prices, at his shop no 209, Carrefour.

N.B. Likenesses, taken by the above, in miniature, and oil painting, after a number of years’ practice under one of the finest Artists in London, at his house, No. 205, Pollet-Street.

He takes this opportunity of informing those who may have some of the late Mr. Finucane’s Works unfinished, that he will complete them in such as manner as to merit their approbation; and also to return his most sincere thanks to those Ladies and Gentlemen who have already favoured him in this branch.

All persons having demands on the late Mr Finucane, are requested to bring in their accompts to Mr. Peter Astie, 199, Pollet-Street, in the course of the following week.