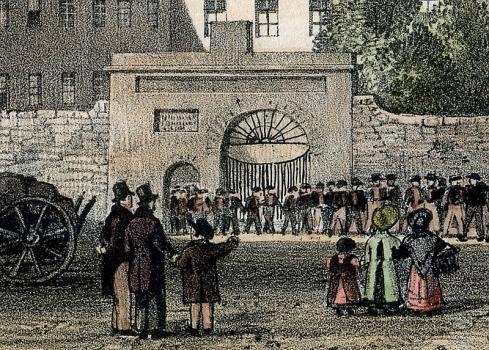 The impecunious Thomas Le Marchant of La Plaiderie died in 1762, leaving a family of young children. His estate at L'Hyvreuse, which included what is now Beau Séjour, was bought by William Dobrée , his children's guardian. Part was then sold to the States of Guernsey; L'Hyvreuse house was demolished and the land used for recreation and as a parade ground for the militia. The imposing double gateway, 'similar to that called Ivy Gates, but much handsomer,' to L'Hyvreuse house was all that remained; it then served as an entrance to the New Ground, or what we now know as Cambridge Park, but…

Guernsey was muted in its celebration of the royal wedding in 1840. Not everybody agreed with the official approach, and things got rather fraught. 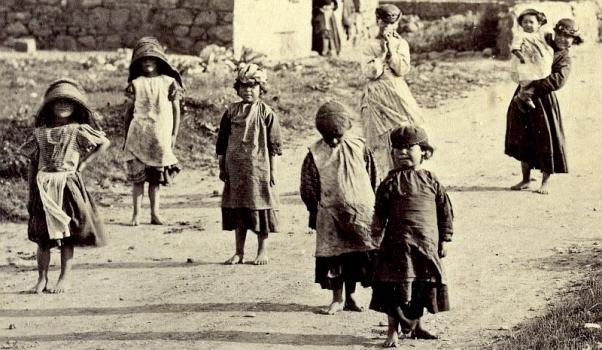 During the First War money and food was short amongst many islanders. The Medical Officer of Health delivered his report on the state of the Island's health for 1915 in September of 1916. In it he suggests an way for the poorer classes to save. The detail is from a photograph by Singleton, 'Rocquaine, 1870' in the Library Collection.

This week in June two centuries ago ... or thereabouts

Extracts, mostly from the Gazette de Guernesey, on this day (or thereabouts) two hundred years ago.

A surprising dark side to life at the Town Hospital is hinted at in this Royal Court case. Unmarried local girls who became pregnant and who sought help at the Hospital, although treated kindly, were nevertheless put under a great deal of pressure to disclose the name of the father, so that he would be responsible for the child's maintenance and not the parish, but the threat extended to this girl is another thing entirely and seems to have terrified her. It should be noted that the Star newspaper chose not to mention the dress and represented the trial somewhat differently.

The will of Eleazar Le Marchant, 1832

Eleazar was Lieutenant-Bailiff. From the French. On microfilm in the Library. The picture is from a photograph of a watercolour of what is said to be Eléazar around 1780, sitting outside the arch known as Sous La Porte. Still much as it was then, it formed the entrance to a Le Marchant property, now the Constables' Office. He is seated upon the bench nicknamed the 'Seat of the Idlers,' people-watching, as the residents of St Peter Port liked to do, next to his uncle, the Reverend Josué Le Marchant. The original is at Saumarez Manor.

Will of Mr Jean Bonamy, proved 1746. From the French in the Notebook of Peter Mollet, his relative. Jean Bonamy came from a wealthy family. He was the son of Samuel Bonamy and the brother of another Samuel Bonamy, who became Bailiff of Guernsey. Jean was born in 1710 and died in 1746 in Gibraltar; he was a Lieutenant in an English Regiment of Fusiliers at the time.