Fish: From the Sarnian Monthly Magazine, May 1815

A list of fish in Guernsey French and their relative presence in island waters, from 1815, p. 15. The Monthly Magazine folded before the list could be continued.

Written by Louisa Lane Clarke for Redstone's Guide to Guernsey, first published in 1841. A copy of this Guide was given to Queen Victoria when she visited the island, and it was retitled Redstones' Royal Guide.  This extract is from the fifth edition, published in 1856.

Second Report of the Commissioners: The State of the Criminal Law in the Channel Islands: Guernsey

We whose hands and seals are hereunto set, Commissioners, appointed by Your Majesty's Commission, bearing date the 16th day of May, in the ninth year of Your Majesty's reign, for inquiring in to the Criminal Laws in force in Your Majesty's Channel Islands and into the constitutions and powers of the Tribunals and Authorities charged with the execution of such laws, humbly certify to Your Majesty that, having completed our inquiry so far as the same related to the Island of Jersey, the result of which we have already laid before Your Majesty in our First Report, we forthwith proceeded, in further obedience to Your Majesty's gracious commands, to the Island of Guernsey.Second Report of the Commissioners appointed to inquire into The State of the Criminal Law in the Channel Islands: Guernsey: London, William Clowes and Son for Her Majesty's Stationery Office, 1848. 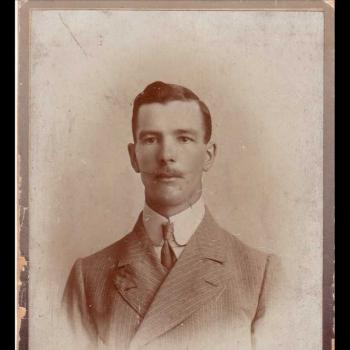 Major Herbert Garland (1880-1921) was an explosives expert and the author of a short romantic novel set in Guernsey entitled Diverse Affections; his life is much more interesting than his novel. The effects of the devastating techniques he pioneered in Arabia are still being felt today.

The witch and the raven: The life of Helier Fautrart, by John Quick, ed. E.P. Le Feuvre

Icones Sacrae Gallicanae et Anglicanae was compiled by John Quick, a Presbyterian clergyman who was born in Plymouth in 1636. Helier Fautrart's life as Rector of St Peter Port Church is one of the biographies of fifty 'French divines' he gathered together in his first work; he followed this with twenty English ministers. He has, however, conflated the life of Helier, who ministered in Jersey, with that of his son, Daniel, who became minister of the Town Church in Guernsey in 1633. This volume includes a fascinating witchy tale.

Letters and fashion plates from the time of Jane Austen 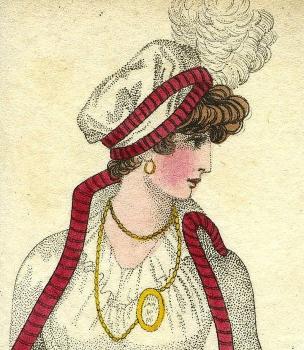 Some fascinating letters from a young Caroline Guille Le Marchant to her friends in Bath and London, from Edith Carey's Scrapbook, and some contemporary winter ladies costumes for Christmas, from two bound volumes of fashion-plates, entitled in French Figures. The plates are hand-coloured; some are from The Fashions of London and Paris, a monthly magazine that began publication in 1798, published by Richard Phillips.