The Priaulx Library was gratified to receive from America a small volume entitled Birthday Scripture Text Book. It was sent to the Library by Mr F B Harrington of Upperco, Maryland, who had purchased it in a sale as part of a book lot. 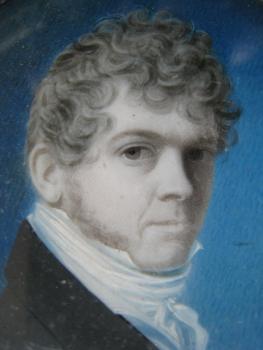 This overview of the artist Matthias Finucane consists of a biography researched by his descendant, the late Julia von Bertele, and a catalogue, created by Dinah Bott of the Priaulx Library, that aims to illustrate and provide information on all of his known works. It is intended that the catalogue grow organically to reflect further information that comes to light about both his life and his artistic output; he resided for most of his working life in the Channel islands and produced here both portrait miniatures and prints. The Priaulx Library is pleased to host this unique project of great local interest.  Contact a Librarian if you have any material to add or can help with any of the many questions that remain unsolved about Matthias' life. The images here reproduced are believed to be in the public domain unless expressly credited.

'The depression in the price of agricultural produce may be ascribed to various causes: pretty certain it is, however, that neither legal or illegal importations of foreign corn are of the number and still more certain it is that the Channel Islands can have no connexion with any of these causes.'  From a Letter from the Deputies of Guernsey and Jersey to Lord Verulam, Colonnade Hotel, Charles Street, 6th May, 1835.

'There has always been a mystery over Matt Finucane’s origin. His name does not appear on family trees, and I have never been able to find him anywhere else.' Matthias Finucane's descendant, Julia von Bertele, has devoted a great deal of time to trying to solve the mystery of the birth—and life—of the Channel Island miniaturist and printmaker, Matthias Finucane (d. 1810). This is part of the Finucania project. 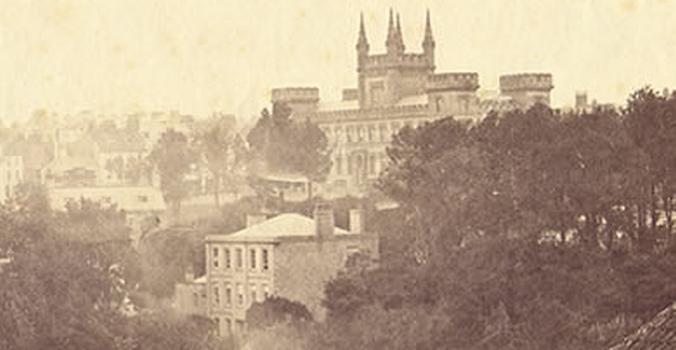 Research into the Parker family of St. Peter Port led to an interesting line of enquiry into the history of their house, 'Old Court.' The Parker family are described as living in Old Court in the 1851 census, but the researcher was unable to tell the client where it was, or anything about it—no-one on the staff had ever heard of it before.